The 2015 European Agenda on Migration envisaged a significant role for FRONTEX, EASO, and EUROPOL, the function to operationally implement the Agenda and closely cooperate in the management of the hotspots established in Italy and Greece. Due to the extraordinary migratory pressure at the external borders of these frontline Member States, FRONTEX, EASO, and EUROPOL were called to support the competent national authorities “on the spot”.

EUROPOL is present in the hotspots and actively participates with FRONTEX and EASO. EUROPOL’s core mission in the hotspots is threefold: to reinforce the exchange of information, verify such intelligence within the relevant databases, and deploy teams of experts on the ground. The objective is to ensure a comprehensive European law enforcement approach and operationally assist the concerned frontline Member States in averting and combating migrant smuggling, human trafficking, and terrorist networks. 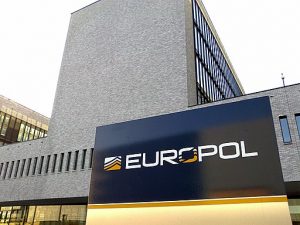 To achieve such an objective, EUROPOL is namely responsible for fast-tracking information, improving the national investigations, conducting operational and strategic analysis, being present at the screening of the arrived migrants, and providing forensic support in the hotspots. However, Regulation 2016/794 on EUROPOL does not mention the operational role that the agency plays in the hotspots.

The main tool employed by EUROPOL to assist the concerned Member States in the hotspots was the JOT-MARE, followed by the EMSC. Since February 2016, the EMSC has assisted the competent national enforcement authorities by providing secure-information, sharing opportunities and strategic and operational analysis, gathering evidence, and undertaking investigations against the smuggling networks facilitating the illegal entries, onward secondary movements, and residence of migrants in the EU. Not only is the EMSC active in supporting the national authorities in exchanging intelligence and investigating existing criminal networks operating in the Mediterranean, but EUROPOL’s officials, jointly with FRONTEX and the concerned Member State, also debrief on the migrants at the hotspots and assess the data gathered from the interviews and investigations.

The second activity report of the EMSC details that the Center has assisted the competent national enforcement authorities in cases related to migrant smuggling and document fraud through: forensic support in relation to questioned documents and materials used to produce suspicious documents, on-the-spot technical support to provide assistance and expertise in investigating forged documents and dismantling illegal print shops, and permanent deployments in the hotspots. The officials of EUROPOL deployed in the hotspots offer expertise, coordinate operational meetings, provide analytical support, and perform cross-checks against the databases of the agency (see here).

The key operational novelty of the EMSC, which is not established in Regulation 2016/794 on EUROPOL, consists in deploying investigative and analytical support teams (EMIST and EMAST) on the ground, as well as guest officers to undertake systematic secondary security checks and support Greece in the hotspots. The presence of EUROPOL in the hotspots is permanent and the EMIST and EMAST are responsible for delivering regional operational support and serving as a platform to ensure trustworthy relationships with national authorities.

EUROPOL’s Review 2016-2017 highlights the strong operational capacity provided by the agency in the hotspots and particularly in the secondary security checks undertaken by the deployed officials. Specifically, it is pointed out that “EUROPOL experts worked side-by-side with national authorities at the EU’s external borders to strengthen security checks on the inward flows of migrants, to disrupt migrant smuggling networks and identify suspected terrorists and criminals”. 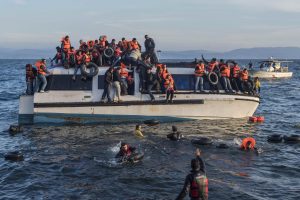 In the hotspots, EUROPOL advises and operationally assists the competent national enforcement authorities in effectively implementing their executive measures, to both dismantle the smuggling and trafficking networks and to combat other serious criminal activities (i.e. organized crime and terrorism). Despite EUROPOL’s operational role, in the recently adopted Regulation of EUROPOL there is not a single mention of this agency’s operational powers in the hotspots, unlike in the EBCG and the future EUAA Regulations. Hence, the total secrecy surrounding the operational support of EUROPOL in the hotspots and the lack of any legal reference to the activities of the agency on the ground prevent the general public from assessing the actual implications, meaning, and extent of EUROPOL’s operational support.

This lack of transparency was brought to the European Ombudsman in 2017 as part of my PhD research. Unfortunately, on 10 May 2019, the Ombudsman agreed with Europol’s explanation that the disclosure (full and partial) of documents regarding the agency’s operational activities in the Greek and Italian hotspots “would risk prejudicing the effectiveness and the outcome of the ongoing, but also future, operations in the hotspots”.That is, while Europol is undertaking operational activities in the hotspots, citizens cannot have access to what the agency does in practice and to what extent it operationally assists the national authorities in illegal migrant smuggling investigations. This lack of transparency is clearly problematic in order to effectively hold the agency accountable.