The detention of irregular migrants in specialized centers to ensure their removal is a contentious precautionary measure. Although the Return Directive does not constitute the ultimate solution to this controversial issue, nor has the CJEU been very concrete and clear in the matter, both have had an important impact on the Spanish detention legislation (Organic Law 2/2009 and the recent Royal Decree that regulates the detention facilities). This blog post briefly addresses two contentious issues: the implications of the CJEU’s Zaizoune ruling and insufficient alternatives to detention. 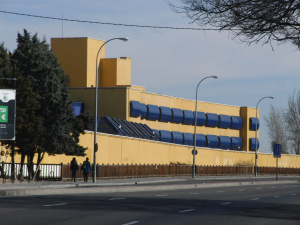 In the Zaizoune case, the CJEU declared the Spanish measure of replacing expulsion with a fine to be incompatible with the Return Directive. Before the Zaizoune case, most of the irregular stay cases were handled in Spain by issuing a fine, jointly with a voluntary period of departure of 15 days, to the migrant. If the fine was not paid or the departure from the national territory did not occur, the migrant’s removal would take place through a preferential procedure as soon as the individual was re-identified by the law enforcement authorities. Following the Zaizoune case, the ordinary procedure of removal now must be applied, which grants the migrant a period of voluntary departure, in contrast to the preferential procedure. While the Spanish law used to broadly transpose the exceptions of the Return Directive regarding the granting of a period of voluntary departure, the current application of the ordinary procedure to most of the removal cases will require a restrictive interpretation by the national courts. Otherwise, the CJEU may also declare this broad transposition of the Return Directive incompatible with EU law.

On the other hand, the Return Directive establishes as a core objective that the detention of any irregular migrant should effectively lead to his or her expulsion, yet data shows that Spanish law enforcement authorities excessively resort to detention. Out of the 7,340 people detained in 2014, only 3,483 were finally expelled. Nevertheless, while the Return Directive grants the States the possibility to detain a migrant a maximum period of 18 months, in Spain the authorities only have 60 days to effectively remove the migrant. Given this dilemma, the solution lays in the Spanish courts, which should further resort to alternatives to detention.