Nowadays, there is really nothing that would preclude one from becoming a citizen or resident of numerous countries, provided that s/he has a big wallet. This semi-serious but rather controversial statement aims at triggering a discussion about a, currently hardly uncommon, phenomenon of sovereign[1] states’ practice of offering their citizenship or nationality to foreigners in exchange for, be it, money, investment, special contributions or achievements in the interest of the country.

The longest running practices of the kind have been in operation since 1980s, when the Caribbean isles of Saint Kitts and Nevis[2] started exchanging its citizenship for investment in the economy. Soon after, many other states, including some of the European Union (the ‘EU’) Member States, have adopted similar policies to encourage and lure wealthy individuals or prosperous enterprises to invest in the country. 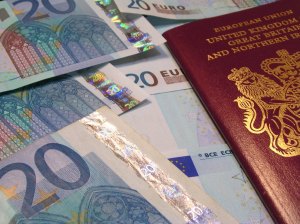 More than a year has lapsed since the Maltese authorities introduced its Individual Investor Programme (the ‘IIP’)[3], which enables wealthy foreigners to benefit from the Maltese passport (including the Maltese nationality) and, attached to it, EU citizenship. Although any country is in principle allowed to ‘sell’ its passports, the implications in the case of an EU state are more complex.

EU Citizenship, which was an innovation and child of the Maastricht Treaty in 1992, was meant to secure a more dynamic European integration and create a special vertical link or bond between the supranational polity and its citizens. Although it has retained a complementary nature to the primary nationality of the EU countries[4], it has evolved since, offering numerous rights upon all EU citizens[5]. Therefore, passports issued by Member States do not only grant visa free travelling arrangements but cross-border rights and, indirectly, supranational decision-making power.

One may ponder whether by undermining the values of EU Citizenship and downgrading it to a commodity[6], Member States do not go against the principle of mutual trust and sincere co-operation, enshrined in the article 4(3) of the Treaty on the Functioning of the EU (the ‘TFEU’). Although every effort has been made to halt the process of introducing similar programmes, the issues of naturalisation policy remain an exclusive competence of the Member States[7]. 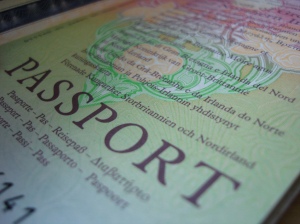 Following a lively debate at the domestic level and strong opposition at the European level, the Maltese authorities were encouraged to raise the threshold of the IIP’s conditionality. In order to meet demands of the European Union[8], the Maltese government introduced a 12-month period of prior residence, before the IIP scheme could be taken advantage of, in order to satisfy the requirement of genuine links or integration with the country, as required by the public international law. The investment fee was also significantly increased to cost more than € 1 million. However, it remains to be seen whether the genuine link precondition is adhered to and whether it constitutes a reasonable criterion or a rather artificially created clause that is regularly derogated from[9].

Many EU countries offer golden visa programmes, which grant certain residence benefits in exchange for investment[10]. However, residence in the EU does not give a right to decide on the future and direction of the European integration. The citizenship, on the other hand, does. There are currently at least 4 ‘citizenship for sale’ active schemes in the EU, including programmes in Bulgaria, Cyprus and Romania, alongside Malta[11]. Such arrangements have clearly created a race to the bottom situation, which endangers and undermines the integrity and values of the EU Citizenship. Such naturalisation schemes with a price tag are manifestly discriminatory as they do not take into account factors of genuine contribution and integration with the society. Moreover, they can attract dubious applicants; they may entail money laundering and severe corruption, while due diligence checks may fail to detect connections to organised criminal activities or terrorism.

Citizenship should be more than just a ‘membership for money’ and passport should mean more than a ‘membership card’. Naturalisation process should not be open to wealthy investors only but ought to put an emphasis on the genuine connection standards; more significantly, because the EU Citizenship confers beyond-border rights, offers protection, refers to common values and shapes the European integration process. Otherwise, national identity, which in last century was worth dying for, becomes a tradable commodity for elite with sufficient financial means.

[2] Federation of Saint Christopher and Nevis.

Fancy an extra citizenship? Voila, for a generous fee, there is plenty to choose from… |