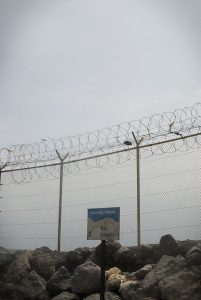 More articles from the blog

The so-called “refugee crisis” revealed the urge to ensure the functioning of the Schengen area and the Common European Asylum System (CEAS), the need to operationally assist those Member States most affected by the sudden and extraordinary arrival of mixed migratory flows, and the need to effectively and uniformly implement the EU measures adopted in […]

Abstract This insightful book analyzes the evolution of the operational tasks and cooperation of the European Border and Coast Guard Agency (FRONTEX), the European Asylum Support Office (EASO) and the European Union Agency for Law Enforcement Cooperation (EUROPOL). Exploring the recent expansion of the legal mandates of these decentralized EU agencies and the activities they […]

[This post has been published in https://eulawenforcement.com/, and it is now reproduced here for informative purposes] With this blog post, Michiel Luchtman & Miroslava Scholten would like to announce the creation of the Jean Monnet Network on EU law Enforcement (EULEN). We would like to sketch briefly the relevance of this topic, thematic scope, structure and […]

On 6 October 2016, the European Border and Coast Guard (EBCG), the successor of FRONTEX, was officially established. Less than two years after the adoption of Regulation (EU) No. 2016/1624, the president of the European Commission announced in his speech on the 2018 State of the Union made on 12 September, the Commission’s intention to, once […]

The 2015 European Agenda on Migration envisaged a significant role for FRONTEX, EASO, and EUROPOL, the function to operationally implement the Agenda and closely cooperate in the management of the hotspots established in Italy and Greece. Due to the extraordinary migratory pressure at the external borders of these frontline Member States, FRONTEX, EASO, and EUROPOL were called to […]